What Are the Child Custody Types in Las Vegas? 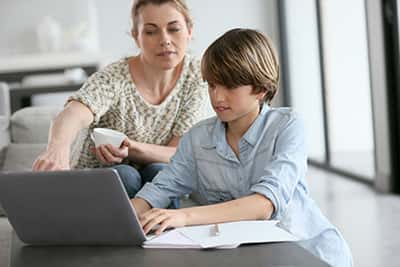 Child custody types are some of the most delicate issues in a Las Vegas divorce proceeding. If you have questions about where your children will live if you get divorced, our Las Vegas child custody attorneys are available to guide you. Las Vegas family courts encourage joint-custody situations. But sometimes primary or sole custody rulings are in the best interests of your minor children. The type of custody arrangement can have a direct effect on child support.

You may come across a lot of different words describing child custody types. It’s important to recognize what these terms mean and how they affect your child custody rights. You’ll want to know what to fight for during your divorce. You also don’t want to be agreeing to a custody order and later realizing you’re in a situation that doesn’t work for you or your children. The child custody types in Nevada divorces include:

In the broadest sense, physical custody means who the children will live with and for what period of time. It often includes provisions for vacations, holidays, birthdays, school events, and extra-curricular activities.

Legal custody means who will have the right to determine issues involving religion, schooling, and medical treatments. It’s rare for one parent to have sole legal custody.

The family courts consider numerous factors when awarding the primary physical custody type. It’s essential to make sure you have professional legal advice when attempting to establish parenting time or access to your children. Some considerations are:

Joint legal custody means that both parents have equal rights as to determining their children’s religious, schooling, and medical decisions. If both parents cannot agree, a family court judge has the final decision.

Sole legal and physical custody means that one parent has the right to determine the issues described above. The minor children also live with one parent only. The custodial parent does not have to get permission from the other parent for any child related decisions. The courts award this child custody type when one parent is unfit in some way. For example, proven charges of child abuse, child neglect, domestic violence, or drug and alcohol dependency and abuse.

Each Las Vegas divorce is a unique situation. The same goes for the lifestyles of both parents after divorce. Maybe your ex has started having problems that put your children in unsafe environments or situations? Maybe they are not showing up on visitation days or for school pickups.