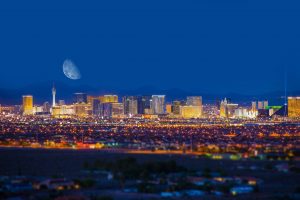 Las Vegas is not only the entertainment capital of the world it’s also the marriage capital. Each year more couples get married in Las Vegas than anywhere else, particularly on Valentine’s Day. However, some people confuse the ease of getting married in Las Vegas with getting a divorce here. The two are not related except as recognizing their attributes as polar opposites of a marriage. The laws regarding each act are completely separate. In this article our Las Vegas divorce attorneys will dispel the three most common myths.

Anyone Can Get a Divorce in Las Vegas

Many people believe that anyone can get a divorce in Las Vegas. This is not true because of the requirements set forth in Nevada law and the laws in all other states. All divorce law in the United States is based on state residency. The state has jurisdiction of its resident’s legal affairs, which includes civil matters such as divorce cases. Since there are two parties in a marriage, it is possible that they reside in two separate states. Regardless, you or your spouse must be a resident of the state where your divorce case is filed.

In Nevada, state law requires that either spouse be a full-time resident, for at least six weeks, prior to filing for divorce. There are no exceptions. Still, this is the shortest residency requirement as compared to all other states. It’s also important to note that certain states have additional requirements other than residency. These laws vary from state to state. The only requirement to file for divorce in Nevada is residency.

You Can Get a “Drive-Through” Divorce

We’re not sure who’s idea it was or why anyone would do it, but Las Vegas does have a few establishments that will perform a marriage through a drive-through. This has led to confusion with the opposing act of getting a divorce.  All divorce cases, regardless of any other factors, require a proper filing with the Clark County Family Courts. And this is just the beginning of the process. Once a Complaint for Divorce is filed, the legal system process begins. Each case is unique and there are countless variations of what could possibly be required, but even the simplest uncontested divorce takes a few months to finalize.

Las Vegas has many liberal social establishments that welcome over 30 million visitors annually. It’s a 24 hour city and a great place to get away and unwind. It’s also a great place to get married. Some visitors plan it out carefully, while others are more spontaneous. But either way, they end up married.

This has caused some to believe that because they were married in Las Vegas they can get a divorce here. While “What Happens Here, Stays Here” is a catchy marketing slogan, it’s not accurate as it pertains to a marriage certificate. Experienced divorce lawyers know – When you leave here, it leaves with you. As per above, if you need to file for divorce, it must be done in the state where you or your spouse reside.

If you are a Nevada state resident and have a complicated divorce matter, we can help. Our divorce lawyers have decades of dedicated experience in divorce law. Both Jennifer V. Abrams and Vincent Mayo have successfully guided hundreds of clients through complex divorce procedures. Call our office at 702-222-4021 to speak with them as a courtesy at no charge.