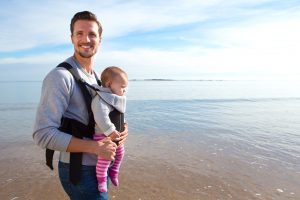 Child custody disputes are often emotionally-charged and complex. When one or both parents maintain a residence outside the United States or are considering relocating to a foreign jurisdiction, many additional complications are likely to arise. Below, our seasoned Las Vegas child custody attorneys address some of the issues to consider in international child custody disputes.

Do the Nevada Courts Have Jurisdiction?

Deciding Custody in an International Divorce

When the parents reside in different countries, it is typically impractical for the child to share equal time with both parents. The parents or the court will have to decide with whom the child will primarily reside, meaning which country. Assuming the parties cannot agree, the court will conduct an analysis based on the “best interests of the child.” The analysis will include factors such as:

Ultimately, the court or the parents will need to determine the child’s primary residence, meaning where the child will go to school, spend the majority of their time, and generally call home. The court will ultimately decide where the child will reside and how much parenting time each parent will be granted. The parties and the court must work together to set out a parenting plan addressing issues including:

Relocating Children to a Foreign Country

A final divorce decree may not be the final word on the matter. Months or years after a divorce, one parent may choose to move to another country, which can create complications when the couple shares children. Assuming the co-parents do not agree, the moving party will need to obtain permission from the court before relocating the children to a foreign country. As with other relocation requests, the court will consider:

Get Help with an International Child Custody Dispute

Our seasoned Las Vegas divorce attorneys are prepared to help you resolve all issues concerning an international child custody dispute. Whether you are currently divorcing, dealing with the fallout from a prior divorce, or facing child custody issues standalone, our Nevada child custody legal team is here to help. Divorce attorneys Jennifer V. Abrams and Vincent Mayo offer courtesy phone consultations at no charge. Call 702-222-4021 to speak with one of them about your important divorce matter concerns.