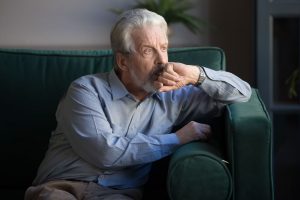 While divorces among younger age groups have leveled off or even begun to slightly drop in recent years, divorces among couples aged 50 or older have skyrocketed over the last three decades. Sociologists suggest that many factors have led to the rise in these so-called gray divorces including:

The following article, written by our Las Vegas divorce lawyers, discusses the rising trend of gray divorces and some of the aspects that render these divorces different from divorces involving younger parties.

Unique Aspects of a Gray Divorce

Gray divorces introduce additional complexities that require the skill set of experienced divorce attorneys. Some of the aspects that distinguish gray divorces from younger couples include:

Make the Change You Need With Help from Trusted Divorce Attorneys

Call an experienced divorce attorney for assistance with your divorce or divorce-related matter. Our Las Vegas divorce lawyers are divorce law experts who are board certified by the State Bar of Nevada. They are ready to lead you through all aspects of your divorce case, including residency determinations, alimony, property division, and all other divorce related issues. Divorce lawyers Jennifer V. Abrams and Vincent Mayo offer courtesy phone consultations at no charge. Call 702-222-4021 to speak directly with one of them and get the answers to your important divorce matter concerns.