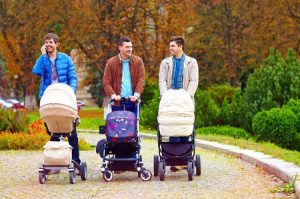 Decisions about raising children can be difficult even in the best of times, and different views on religion, especially so. When parents are divorced, finding a compromise position about how to raise the children can be more so. If divorced parents fundamentally disagree about the religious upbringing of their children, who gets to decide what happens? Can both parents do their own thing, or can one parent actually stop the other from imposing their views? We discuss divorced parents and their children’s religious upbringing in the article below.

Legal Custody is a Significant Factor

In Nevada, there are two types of child custody: physical and legal. Physical custody concerns where the children live, while legal custody concerns the authority to make important decisions about the children’s lives, including medical decisions, education, and religion. If one parent has sole legal custody (which is rare), they get to decide where the children go to school, including whether the children go to a religious school. The other parent has no legal rights or say in the matter. But courts generally award joint legal custody where possible, so that each parent can share in the decision-making process. This can make the determinations regarding religious upbringing complicated.

If both divorced parents share legal custody, then each is generally permitted to raise the child with whatever religious beliefs they choose. The judges in Clark County Family Courts do their best to stay out of intimate child-rearing decisions involving religion. Courts are unlikely to order one parent to take their children to church, synagogue, or other religious services. They also will not order a parent to espouse certain religious beliefs to the children. Likewise, courts are unlikely to prevent a parent from taking their children to religious services, even if the other parent objects.

There are some important exceptions. If a parent’s decision appears dangerous for the children, a court may step in. For example, if one parent wants to take the children to be raised in a cult, or if a religious organization is known to abuse children or marry them to adults, then the other parent has a strong argument for the court to intervene and protect the children from harm.

Nevada courts make child custody determinations in the children’s best interests, with neutrality towards religion. Courts generally do not favor one religion over the other. The Supreme Court of Nevada recently issued an opinion emphasizing parents’ freedom of religion concerning children.  In the case of Arcella v. Arcella, the Supreme Court of Nevada dealt with divorced parents who shared joint legal and physical custody of a child. The father petitioned the court for an order to send the child to a religious school, while the mother disagreed.

The local family court decided that, taking into account the mother’s objection, the child should go to a secular school. However, the Supreme Court of Nevada found that the family court had disobeyed the principle of neutrality by choosing non-religion over religion. The family court should instead have held an evidentiary hearing and evaluated what was in the child’s best interests. The final decision should have been on that basis alone and without consideration as to whether religious schooling is, as a matter of course, better or worse than secular schooling.

Get Expert Legal Advice and Representation

Our dedicated and passionate Las Vegas child custody attorneys are ready to guide you through divorce, property division, alimony, and child custody issues. We vigorously defend your rights and protect your family. Our legal team is ready to handle even the most complex and sensitive of divorce issues. Both Jennifer V. Abrams and Vincent Mayo offer courtesy phone consultations at no charge. Call 702-222-4021 to speak directly with one of our Las Vegas divorce attorneys about your important divorce law issues.