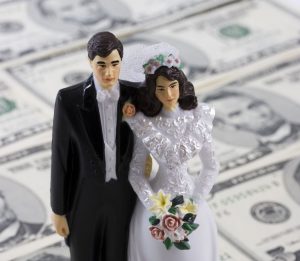 Every divorce involves the distribution of marital property in some form. Different states have different rules about what constitutes marital property. Complicating the divorce process are issues such as separate property before marriage and prenuptial and post nuptial agreements. These are some of the different factors family courts will use in evaluating who gets what share of which property. Below, our experienced divorce lawyers explain how community property works in Las Vegas divorce cases.

What is a Community Property State?

Nevada, on the other hand, is a community property state. The concept in a community property state is that the divorcing spouses’ joint assets are distributed equally. That means that all income and assets acquired by either spouse during the marriage belong equally to both parties, no matter which spouse earned the income or in whose name the property is titled. Debts acquired by either party during the marriage are also equally shared by the parties and equally distributed upon divorce.

On its face, this might seem like there are no grey areas in community property distributions. However, there are numerous factors that make a fifty-fifty split more of a concept rather than reality.

Because Nevada is a community property state, the default approach is for the parties to each receive an equal, 50% share of the couple’s community property. There are, however, certain circumstances under which property will not be distributed equally, including:

Our divorce lawyers in Las Vegas are well familiar with determining whether these types of agreements are valid or not. Many people are surprised when they learn that their agreement will not hold up in court. There are numerous reasons why an agreement can be invalid. These reasons can include:

Our dedicated divorce lawyers in Las Vegas are ready to help you navigate all aspects of your divorce case. This includes complex asset evaluation and property division to alimony and child custody issues. We will help you locate all assets that make up the marital estate, ensure that you get your share, and protect you and your children. Divorce lawyers Jennifer V. Abrams and Vincent Mayo offer courtesy phone consultations at no charge. Call 702-222-4021 to speak with one of them about your important divorce matter concerns.